Yes I know! It’s been a while since my last chapter. You have NO idea how busy I am, I have to do EVERYTHING around here and I’m sick of it I tell you, SICK OF IT! You know what they say about imps like me don’t you?………..Jack of all trades, Master of all! Yep that’s me, I’m SO brilliant at everything I do that I’m in demand everywhere I go and YOU wonder why it takes me so long to write the next brilliant chapter in my brilliant book which I’m giving away free! Tch!

Now if I wasn’t so generous I’d be charging fifty pounds for this driv…..erm brilliant writing and worth every penny it is too so STOP complaining will you?

Do you want to know what the worst thing is about my life?……NO?…..What do you mean, NO! Well I’m going to tell you anyway so just you listen up…………

How would YOU like to work with a stinky old clam? Think about it for a minute……..As if it’s not bad enough having to work with ‘Lord Balthus’ as I sneeringly call him – behind his shell – he thinks he’s the slime de la slime. Honestly I’ve never met anything with such an inflated ego as Lord B! He slithers around waving his tentacles at everyone – which is sickening enough, believe me but then he opens his mouth without putting his brain cell into gear and I – being the lovely, patient imp that I am – have to sit there listening to him spouting rubbish for hours on end.

Oh I’m sure you know what it’s like. We all know someone who we cross the road to avoid only to feel that grip of panic in your stomach when you hear them calling your name in that ‘I’m delighted to see you, I need to regale you with my boring life story’ sort of way……..

OK he was once a Master wizard, we all know that but does he not realise that he’s now a laughing chowder? Have you noticed how he’s always bragging about how he attended Clambridge University? I mean, I attended IMPerial college London but…….I don’t go on and on about it do I??……….

And just WHAT the ladies see in him, well it’s a mystery to me. Honestly I think they pretend to be interested in Morton for their own amusement! The more they pretend to swoon around him, the more inflated his ego gets and he swaggers around like the clam that got the plankton! I’m sure that all the Twitter ladies must find it hilarious watching his pathetic display of flirtatiousness when they are around.

I suppose I should feel sorry for him really but it’s hard to feel pity for someone as annoying as Morton when you have to put up with him day in, day out with no respite.

I’ve tried to feel empathy for my stuck up, self-absorbed, self conceited, shallow, sad little colleague but it’s not easy! I think I’m the one who finds him most annoying because it’s me that’s his problem. Let me explain……….

Morton is trying to emulate me. He sees me as the handsome, charming, rich, amusing, debonair, intelligent, babe magnetic imp that I am and tries to impersonate me.

However, anyone with as much charm and personality as me – of whom there are few – will know that it’s not just a simple matter of copying. Lord M thinks that by saying things that I say and doing things that I do will automatically make him just like me………….

Unfortunately you can’t teach somene how to ooze charm from every pore of their being. (the only thing Morton oozes is slime) You can’t make someone into a megastar, either you have it or you don’t. I just can’t get that through his thick shell.

The day the ladies stop insulting me is the day ……….well, let’s not go there ‘cos it isn’t going to happen!

The only thing that keeps me sane at work is the thought of seeing the beautiful Kara. When Morton slithers past the office he leaves a stench of fish hanging in the air whereas when Kara wafts past she leaves a delightful flowery perfume……………..<trails off into a pleasant dream>

<an hour passes while he sits admiring her photograph>

Erm, where was I?

Now you may think I’m cruel talking about a work colleague like this but don’t forget I even tried to help him when he was riding around on that stupid clambretta of his. I bought him a clamborghini to help him ‘pull’ and what did he do? Went straight out and wrote it off! That’s gratitude for you! 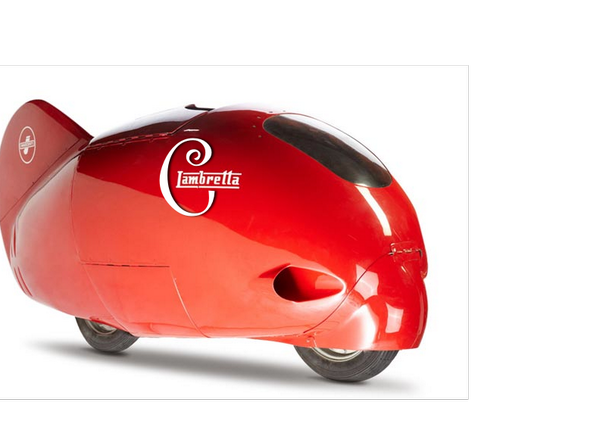 Morton thinks this is a babe magnet <snigger>

Please note: Only one clam was hurt during the making of this chapter and ……..he doesn’t count.